Our good friends Jez and Jo we’re throwing a moving in party even though they are now actually moving out, instead of just turning up on the day and heading home straight after, we decided to make a weekend of it, find somewhere to stay, head down on Friday night, go home Sunday.

Using the power of google I searched for campsites in Arundel, quite a few came up but the one that caught my eye was called Acorns. It caught my eye because every review was glowing and it’s set in a woodland which is the kind of thing Lolly and I like, the less commercial and more natural the better, whilst it might seem a bit pricier than other sites I checked there were no hidden extras, you pay your money and then forget about it, the price included electricity, permission to put up an awning and a generous sized pitch, if you added that all up on the other sites it’s about the same cost.

The drive down was really quite nice, we expected traffic heading to the coast but the roads were relatively clear and once we turned off the M23 the drive to Acorns was quiet to say the least, literally no cars on the road! The site is really easy to find, a turn off from the A27 and then a small signpost on the left leads you to a gate and a drive way with clear instructions of where to go and what to do on arrival. Don’t be put off that the A27 is a stones throw away, it’s not the busiest of roads and I can honestly say we never heard it once.

I’d mailed ahead and advised the owners we’d be arriving just after 20.00 and received a mail back to say that’s fine, we rocked up about 20.15, parked up, Lolly was having a panic about teething gel so we’d agreed to check in and then head off to the local supermarket and grab some. The site reception is the owners house, I rung the door bell and in no time at all was warmly greated by Albert, after signing in and being given codes for the loo’s Albert gave us the choice of two pitches, one in the shade and one in the sun, I also explained the teething gel situation and was given directions to the nearest supermarket that would be open. The reviews for the site are bang on, Albert is a very nice man and very helpful too.

As it turned out, Lolly had packed the teething gel after all so we proceeded to pitch up. 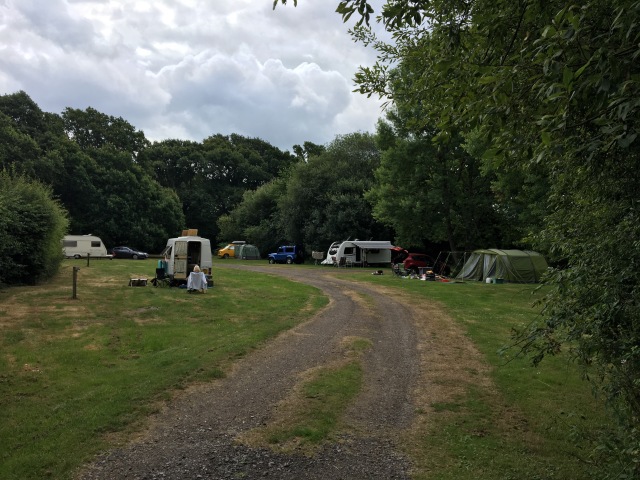 As you can see, the site wasn’t terribly busy, very well kept and each pitch is massive, another nice touch is each pitch comes with recycling and composting boxes, another tick for us 🙂

It was getting late and both Lolly and I were hungry, there is a pub a short walk from the site so we headed off there to grab some food. Unfortunately the kitchen closed at 21.00 and we got there about 21.15 so we settled for a couple of drinks and sat in the garden admiring the flowers, Stella woke up and demanded food, turns out we weren’t the only ones that were hungry. We headed back to the van and I knocked up some pesto pasta, good old Bumblebee, he always provides when we need something!

Next day was a fairly lazy affair, Stella sleeps really well in the van which means we do too. We got up and I made us breakfast, I decided that I wanted to make a breakfast hash, my ingredients were as follows:

Basically you par boil the potatos, while they are doing fry the chorizo and bacon, when the potatoes are done cut them into smaller chunks and throw in the pan so they soak up some of the chorizo oil, halve the cherry tomatoes and throw them in too, put the spinach on top to steam it for a bit, then stir in and add the eggs, I’d whisked them up and seasoned a bit in a separate pan beforehand, when you’re happy everything is cooked to your liking, serve it up.

It tasted lovely and was cooked on one of those 10 quid stoves with gas in a can from Decathlon.

After breakfast we jumped in the van and made our way to Jez and Jo’s, we now have a drive away awning which means we can leave a load of stuff in it and then head out in the van, it attaches to a rail my mate Rob put on the van, we can also still put the roof rack on as you can see below, we left gaps.. 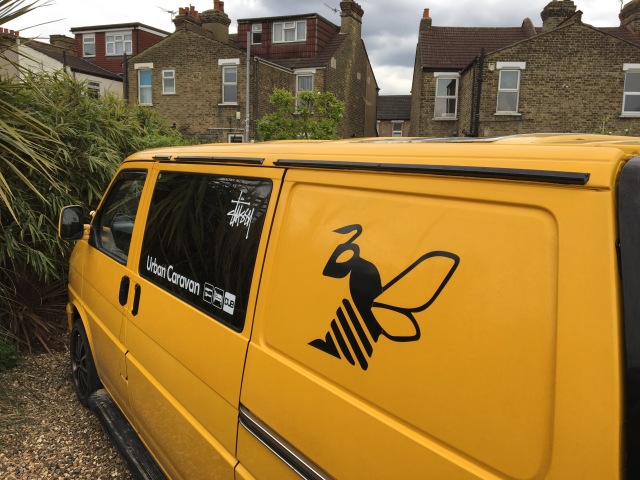 When you drive away this is what you are left with

You can’t see it in the picture but before I moved the van off I used a spare tent peg to mark where the front wheel should be, the idea being it would make life a lot easier to get the van lined up correctly to reconnect the awning later when it was dark.

We went straights to Jez and Jo’s, I manned the BBQ and my good mate Appy Andz spun the platters that matter

We stayed at the party till the sun went down, Lolly drove us back as I drank loads of beer, when we got back it was my job to reattach the van to the awning, despite being a bit drunk I managed to get the van and awning connected without issue, as I was in a field and not on a public highway I don’t believe I broke any drink drive laws. The peg I put in before we left was very useful as was the second peg with an LED built in I put in beside it, I knew they would come in handy when I saw them in Aldi!

I had a great nights sleep, so did Stella, she slept from 23.30 till about 07.00, Lolly on the other hand didn’t sleep so well, as a parent or maybe more accurately a mother, you soon find out that when your baby doesn’t sleep, you wish it would so you can sleep and when it does sleep you think there is something wrong, the end result is either way, you don’t get much sleep!

I made breakfast again the following morning, I made the same thing but added an onion to the ingredients. As we approached midday (checkout time) i popped off to grab a quick shower. I should mention that the toilets / shower and washing up block are quite possibly the best kept I’ve come across in this country, spotlessly clean to the point that they look brand new.

On my way back I noticed that Albert was chatting to Lolly by the awning, we’d had a fairly laid back morning and had made no effort to pack down just yet planing to leave it all to the last minute and just chuck everything in the van and go. I apologised to Albert for not checking out on time and he very kindly said don’t worry, he had no-one checking in after us so to take our time which was really nice, we got to feed and settle Stella, Lolly had a shower and I got to pack down properly without feeling we were against the clock.

We drove back to Jez and Jo’s to pick up some things we left behind and ended up staying there for a few hours, Lolly sat in the sun and I sat with Stella in the shade, we then went for a little walk round Arundel. 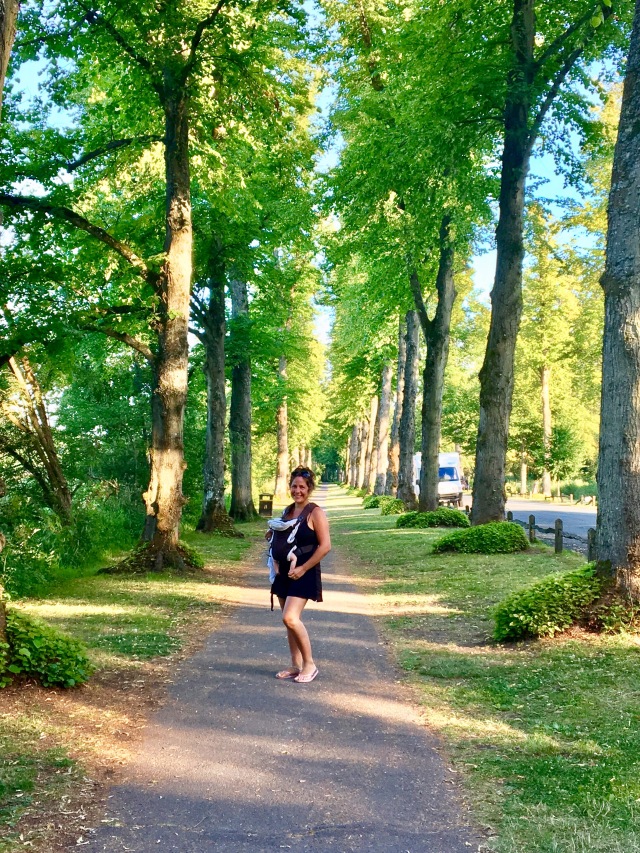 We had planned to grab some food from the restaurant Jez works in but time was against us and after speaking to Jez on the phone we decided to do the same as them and grab fish and chips and eat them by the river, halfway through our meal we were joined by Jez, Jo and Raph which was a really nice surprise.

We had a great time in Arundel and I cannot recommend were we stayed enough, Acorns is a lovely, well kept site with a fantastic and friendly owner, we’ll definitely be going back 🙂