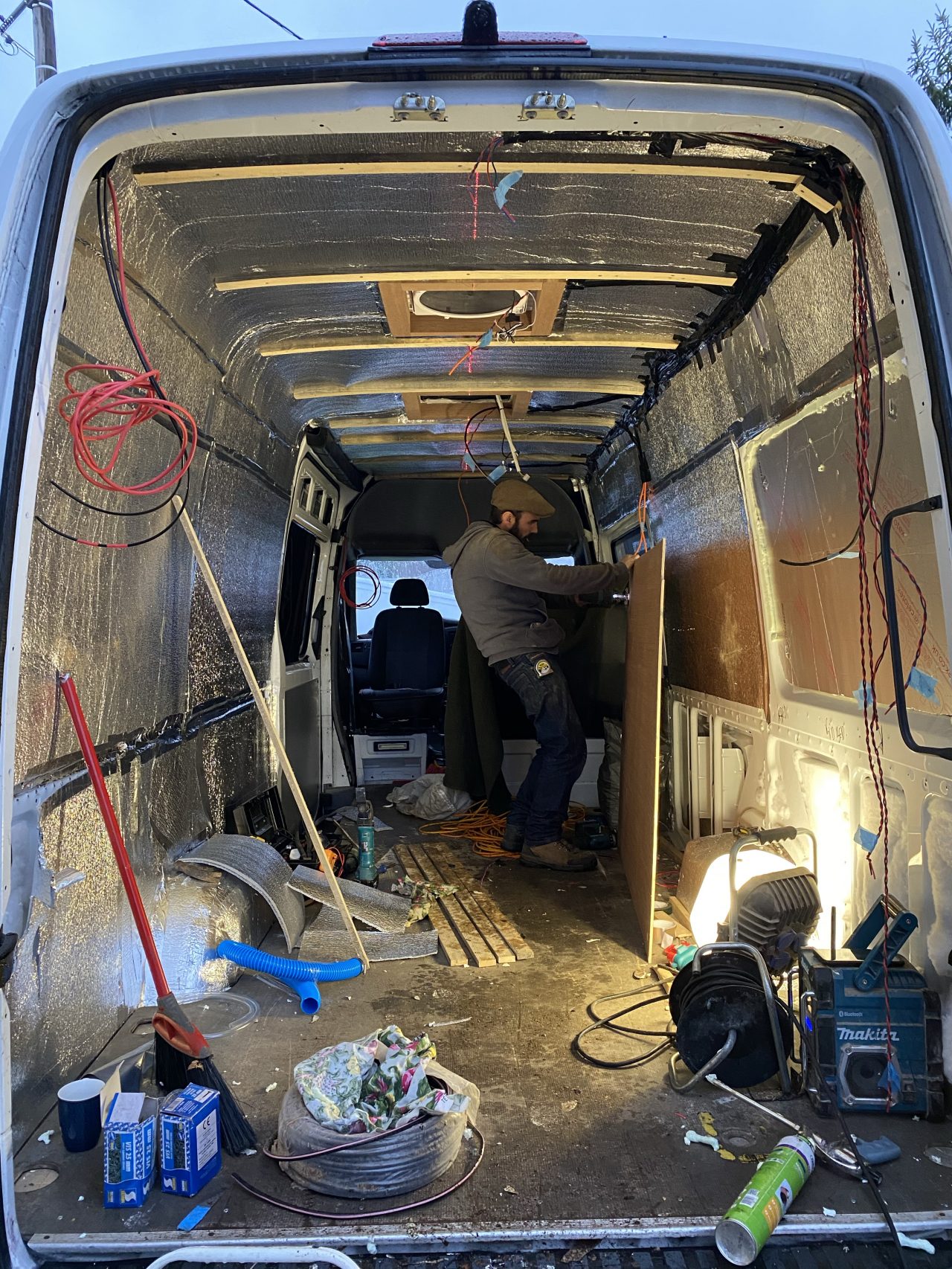 While we were driving back from Bath I heard what I though was a stone caught between the wheel and the wheel arch, after a short period of time it went away.

A week later the same thing happened on the way to Lollys Nans, I didn’t think anything of it until we left and it was still making the same noise. I pulled up to see if I could find anything obvious and at first glance the tyre and wheel looked to be fine.

I noticed there was a small bit of rubber poking up from the inside wall of the tyre so had a feel around and instantantly spiked my finger with something sharp, something metal, tyre wall metal to be precise.

A good friend of mine who I have known for many years owns a tyre shop, Whitehorse Tyres  in Croydon so I gave him a shout and 4 new tyres were ordered to be fitted christmas eve.

I ordred 4 as I reckoned all the others looked like they were on the verge of being illegal.

Christmas eve I headed to Steves and the van was up on jcks and wheels off in no time. 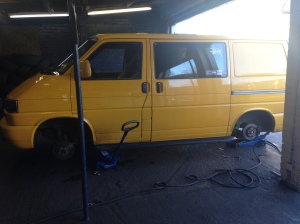 As I suspected, all the other tyres would have been MOT failures and as for the front tyre that started all this, well, not quite what I thought was going on but still not good. Basically there is a hard plastic clip that is connected to the brake line, this clip once upon a time clipped to the bodywork, it doesn’t anymore. Over time the clip had rotated and part of it was touching the tyre, being that it was made of hard plastic and the tyre is made of rubber, the tyre will always wear away first, I have no idea how long this clip has been rubbing on the tyre but the image below shows the result. 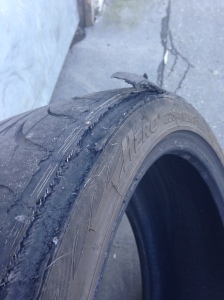 Aside from the wear of the rubbing plastic you can see the tread on the tyre is pretty worn, it was a crap tyre too, the remaining three were just as bad so £340 later all have been replaced, I went with Falken tyres, I have them on my Audi and had them on my RX7, they have never let me down and are a well priced reliable tyre.

We are hoping to do a lot of miles in 2015 so a new set of tyres all round is a must, tyres and brakes, look after them and they will look after you !