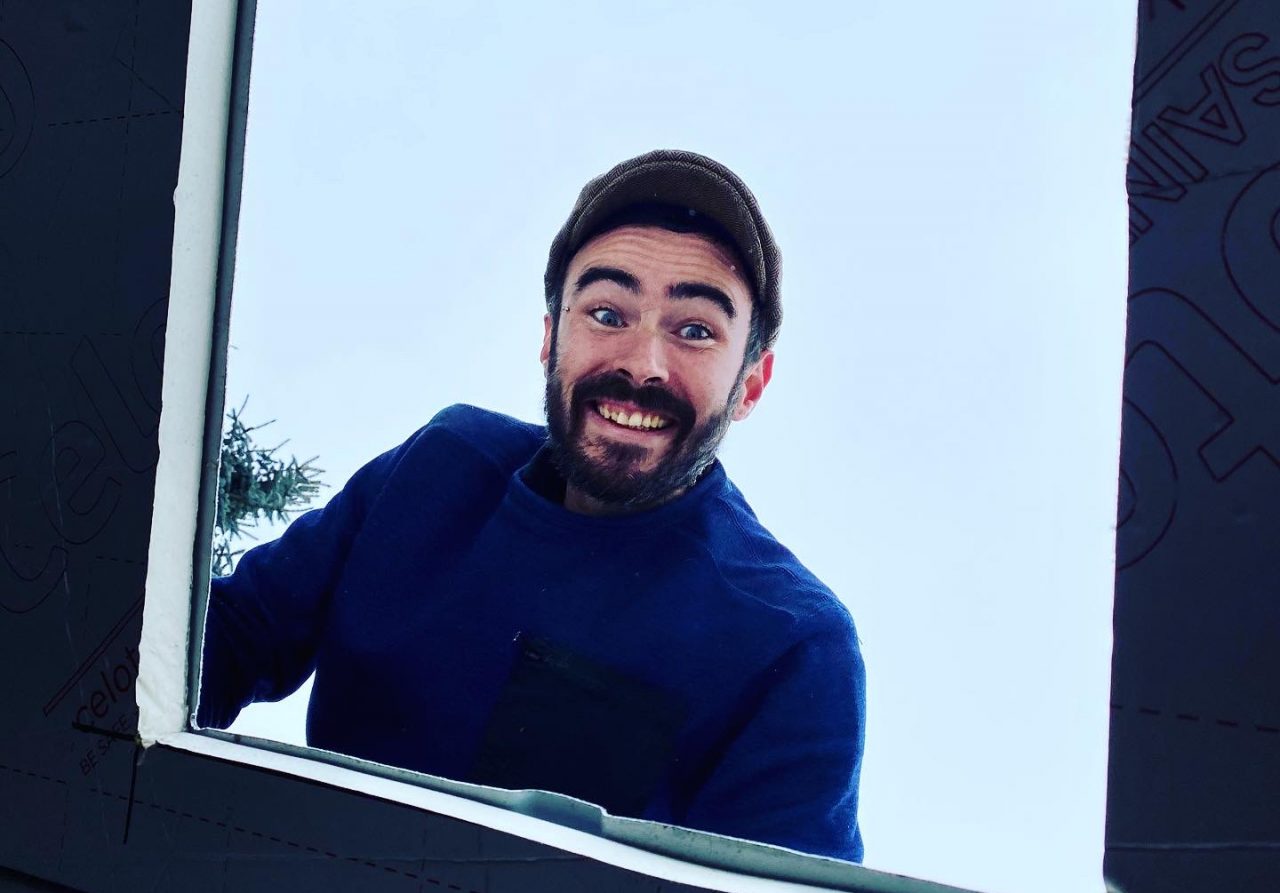 One of the great things about a camper van is the possibility of pulling up somewhere safe and getting your head down for a good nights kip, that’s the theory anyway.

This pastime of staying in non designated camping area’s is known as wild camping, with it comes pros and cons, it’s not for everyone.

The wildest non designated campsite camping we’ve done in the van was our back garden so we decided to head to Devils Dyke on the south downs and spend the night in a car park watching the sun go down with some food on the cobb and then going for a bike ride and walk the following day, I got home from work, we jumped in the van and headed off into the sun on the A23 to Brighton!

Just to confirm, we’re no doggers, far from it, as soon as we are parked up anywhere the thermal curtains go up on every window preventing anyone from the outside seeing in, with that in mind we figured we’d be fairly safe and what people got up to in the car park whilst we were asleep was there own business and none of ours.

There are a few car parks around Devils Dyke but we settled for one at the top and parked our van as out of the way as we could but still with a good view of the sunset.

The car park was fairly busy, there was a coach built Fiat near us and an old ambulance came up some time later and spent the night too, after all the curtains were in place we got the cobb on the go and had a few drinks!

The sunset was stunning and as the night drew in the remaining cars headed out till it was just the 3 overnighters left.

I slept fairly well but Lauren said she woke up every time a car drove past, she woke up a lot so the car park must have been busy. Nobody knocked on our van and as far as I could tell we’d been left alone, i’d even left the cobb out on the van roof cooking chicken overnight and it was there in the morning so all good I thought until I took Laurens bike off the back of the van.

Laurens bike has quick release wheels on it, since she has had it she’s never had a puncture or any reason to take either of the wheels off so there would be no reason for the wheels to be loose yet when I took the bike of the van her back wheel came out of the frame and the front wheel almost out of the forks.

We hadn’t strayed from the van since we arrived the night before so during the night either someone tried to nick the wheels and couldn’t as they were all padlocked on or thought it would be funny to undo them all so when Lauren went to ride the next day her wheels would fall off and most likely get injured, my bike was fine and untouched.

Remember those cons I was talking about earlier?

We decided it could have been worse, put it down to experience, made some tea and breakfast and then headed off for our ride which started off well but then went a bit Pete Tong. About twenty minutes into the ride I noticed my crank on the drive side was loose, I’d also noticed the morning before that it was loose and tightened it up. Suspecting the worse I put the bike upside down, whipped out my allen keys and took the crank off, sure enough a couple of the splines in the crank had worn down causing movement and there were a shed load of metal filings in there also which to me indicated the crank arm was done for and needed replacing.

It was at this point a quite well spoken farmer appeared in a land rover and between puffs of his cigarette informed us that they were bringing some cows down the hill and they shouldn’t bother us, what he didn’t tell us was that was going to separate a calf from it’s mother and hole punch tags into it’s ears causing both the calf, it’s mother and her cow cronies considerable distress. These were big cows and the mother of said calf was on the same side of the fence as I was and it was not happy, far from it, pacing up and down the length of the gate trying to get to it’s calf that was having it’s ears pierced with a rivet gun, Lauren made a barricade for herself the other side of the fence and I for some strange reason just carried on fixing my bike with one eye on the angry cow, in hindsight I should have gone over the fence with Lauren and I can’t tell you why I didn’t, what I can tell you though is I trod in the most amount of cow shit.

Eventually, mother and daughter were reunited and with the other cows that were mooing constantly throughout the whole ear piercing they headed off up the downs as far away from the farmer as possible.

We headed off up the track which was less than a mile and the crank came loose again so I admitted defeat and we headed back to the van and went for a walk instead, below is the walk we did. 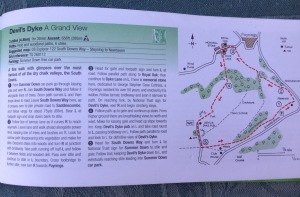 We started where the trail indicates the devils dyke pub as that’s where the van was, it’s a really pleasant walk , not difficult and about half way there’s a really nice pub called the Royal Oak, stopped in there for a beer and then marched back up to the top of the downs.

We pondered on staying another night but we didn’t want to push our luck, the car park belongs to the national trust and they state quite clearly that over night stays are forbidden, if you are heading there for the day it’s 2 quid to park for non members, we’re members so for us it was free.

In conclusion it was a pretty good experience, we stayed for free, nobody bothered us, we saw a lovely sunset and had a nice walk, we’ll be trying wild camping again 🙂