Chilling in the sun

Sunday morning was  another lazy start, the sun was out and we made a decision fairly quickly to not venture anywhere in the van and instead hang out, walk the other way along the coast and have a BBQ, for the best part of the morning we just sat about outside the van catching rays and then made breakfast, scrambled eggs and smoked salmon on toast.

While I was making tea I took a shot from inside the van looking out,

As you can see Lolly is very pregnant, 31 weeks to be precise and still up for an adventure in the van, top wife!

After breakfast we walked to the village and got everything we needed for our BBQ later, mincemeat to make our own burgers, sausages, halloumi, salad and beer. We stashed our goodies, put our walking shoes on and set off along the coast.

This probably the least eventful walk we have been on, just walking along the coast path, sea to the left and the military road to the right with the occasional super bike or jap sports car hooning past. We walked for an hour, sat down for a bit and then made our way back which took about an hour.

Lolly made us 2 fat burger patties, and I got the cobb on the go, the great thing about the cobb is once you set fire to one of the cobblestones it takes about 5 mins to go off and then you’re ready to cook. 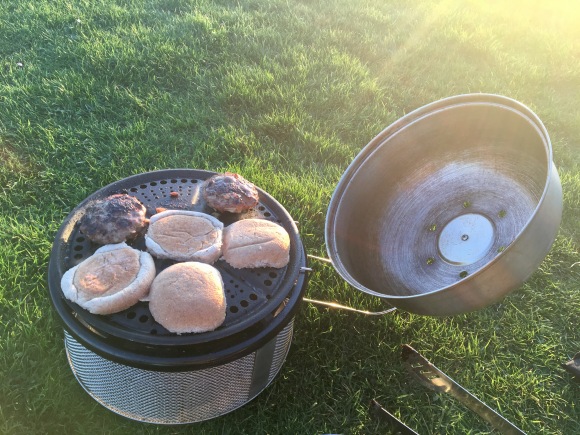 For most of what you cook on the Cobb it’s great that it doesn’t pass any of the fuels flavour to the food, however on this occasion I wish we had brought some charcoal so we could have used used the BBQ grill attachments, although we seasoned the burgers the meat tasted a bit bland, would have been better with a bit of BBQ taste, they looked the part though! 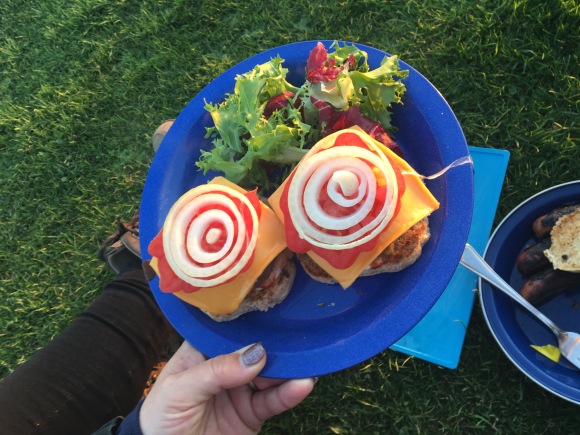 The sausages and halloumi however were amazing, the sausages were from a local farm and Lolly added oil and garlic to the halloumi which completely transformed it.

I also took one of Lolly by the van watching the beautiful sunset.

After a few drinks (me) the sun set, I did the washing up and we settled in for the night with a movie, Jackie with Natalie Portman. I lasted about 15 mins before I declared this was the worst film I had ever seen and Ms Portman voice was truly annoying, Lolly agreed, we switched it off, best thing for it.

While Lolly turned in I grabbed my camera and took some pictures of the van under the stars, at the time of writing I haven’t edited them but they don’t look too shabby raw, I’ll post them up when they are done.

This was our last night on the Island, home the following day at some point.